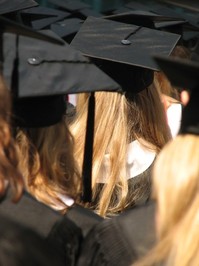 The Commission began the review with chapter one, which assesses the postsecondary educational needs of the state, states the shared values and beliefs underlying the plan, and lays out major statewide goals. The Commission developed a review draft, available below, to solicit comments and suggestions from the public postsecondary institutions and other interested parties. The plan’s current chapter one also is included below for the sake of comparison.

The Commission believes that the plan adopted in 2000 and subsequently revised on occasion is fundamentally sound, but both Nebraska and postsecondary education have changed significantly over the past 15 years. The proposed updates to chapter one are intended to reflect and address those changes, particularly the continuing diversification of Nebraska’s population, the growing necessity of completing postsecondary credentials to meet employer needs and expectations, the rise in student debt, the ubiquity of technology in postsecondary education, and pressure to demonstrate the value of postsecondary education to students and taxpayers. At the same time, the proposed revisions reaffirm the many strengths of Nebraska’s postsecondary institutions and the trust that Nebraskans place in their colleges and universities.

The review draft has been approved by the Commission’s Planning and Consumer Information Committee. The Commission is seeking comment by May 20, 2016, prior to a public hearing on May 31, 2016, and adoption by the Commission at its June 2016 meeting.

Please direct any comments or questions to Jason Keese: jason.keese@nebraska.gov