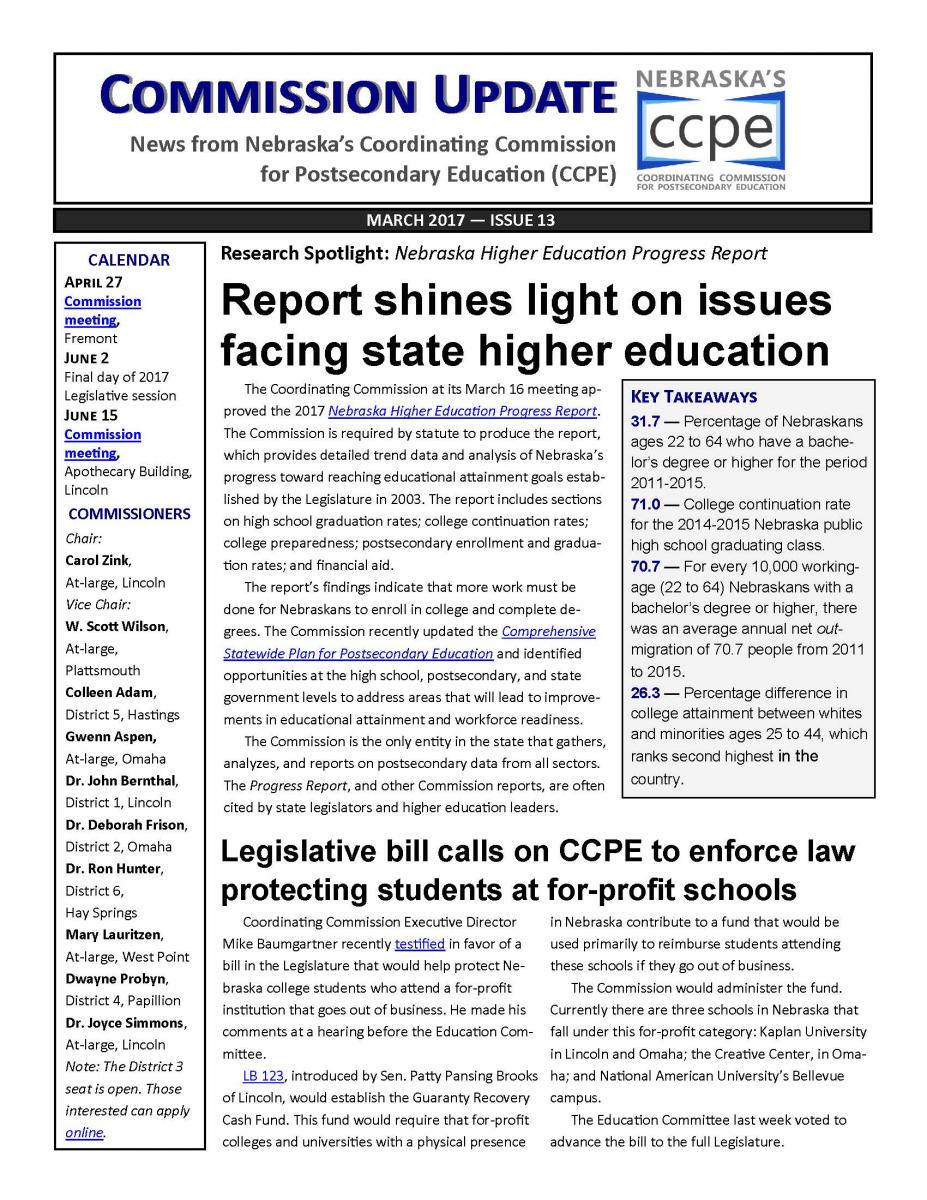 The Coordinating Commission recently published the March 2017 issue of Commission Update, a newsletter-style publication focusing on the Commission's recent activity.

Among the items featured in this issue: