A Legislative task force developed these priorities in 2003.

The Commission is the only entity in Nebraska that conducts in-depth, statewide analyses of higher education issues. Visit the Reports page for a full list of reports and analyses.

Estimated difference in college attainment between whites and minorities ages 25 to 44, by state 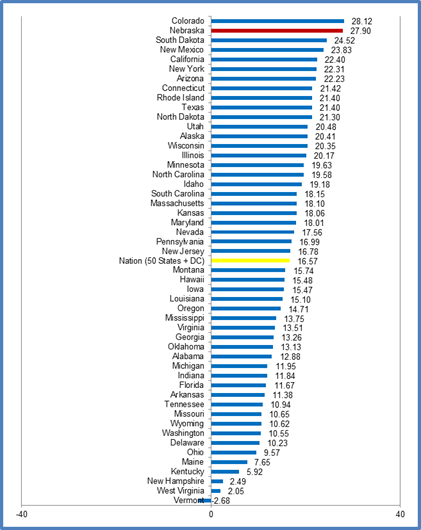